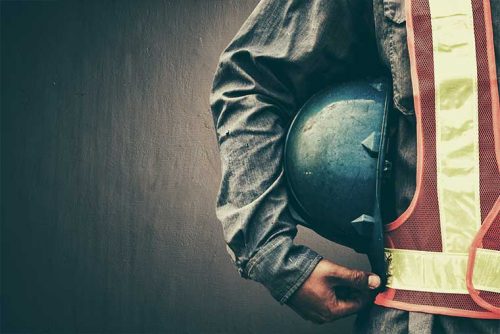 “Under the Occupational Safety and Health Act of 1970, employers are responsible for providing safe and healthful workplaces for their employees. OSHA’s role is to ensure these conditions for America’s working men and women by setting and enforcing standards, and providing training, education and assistance.”

This directive, found in the conclusion of multiple OSHA news releases, clearly defines the safety and health administration’s responsibilities. As a part of the U.S. Department of Labor, OSHA professionals have authority over private employers and their employees in the U.S. and other applicable territories. They use research and past scenarios to set standards and ensure proper training/education reaches every strata of industry. Additionally, they investigate and enforce compliance with regulations to maintain the safety and health of all workers.

Unless exposed by other media outlets, most of OSHA’s enforcement and investigative proceedings can be found on their official site. Their “news release” section provides interested parties with recent occupational safety cases, court findings, ongoing investigations, and warnings. The resource is a benefit to occupational safety professionals, employers, and employees looking for real instances where OSHA became involved. The following are three examples of OSHA fulfilling their duties by enforcing standards or educating workers.

Released May 10, 2017, this article discusses the conclusion to a whistleblower case. An employee filed a whistleblower complaint in 2011 stating his employer, Pan Am Railways, Inc., retaliated against him after he attempted to report an injury. Whistleblower complaints, handled directly by OSHA investigators, are filed when an employee feels their occupational safety concerns, reports, or information have been met with a discriminatory response. They protect the employee from further retaliation and launch a formal investigation.

In this case, OSHA investigated and concluded that the employee had been retaliated against when attempting to report an injury. They required Pan Am to pay the employee $50,000 in compensatory and punitive damages, but that wasn’t acceptable to Pan Am. The case was appealed twice with each judge maintaining OSHA’s findings and, on April 21, 2017, the U.S. Court of Appeals for the First Circuit denied further appeal. In fact, their appeals only increased the amount of punitive damages awarded to $250,000.

In the end, the employee rightfully reached out to OSHA and their investigation revealed his safety concerns were wrongfully violated, resulting in a $260,000 payout. It’s a reminder to companies to follow safety protocol instead of coercing an employee into submission.

This article highlights OSHA’s control outside of the territorial U.S. and penalties raised against unsafe work environments. In Saipan, one of the Northern Mariana Islands north of New Guinea, workers were exposed to numerous unsafe work conditions that were ignored by the contractors. The three contractors – MCC International Saipan Ltd. Co., Nanjing BeiLiDa New Materials System Engineering Co., and Gold Mantis Construction Decoration LLC – were levied for $193,750 by OSHA investigators.

The fines are in response to a myriad of workplace hazards at the construction site. The following are a few of the dangers workers faced: inadequate fall protection, loose scaffolding, exposed machinery and holes, no protective gear, worn equipment, exposed hazardous materials, and broken fall protection security hooks. Furthermore, their communication with OSHA about these issues was nonexistent, and they never reported an occupation-related amputation. This situation reminds construction companies to maintain a safe and healthy work environment or OSHA investigators will halt their progress and fine them in accordance with the law.

This article demonstrates OSHA’s commitment to education and assistance during an historically wet spring in southeastern Missouri. The area was experiencing heavy flooding and OSHA resource officers went to assist the area minimize hazards and risks to health. Along with their physical assistance, the safety and health officials sent out urgent warnings to the community that could help them mitigate the risks and maximize protection.

The area was experiencing flash floods and prolonged flooding which shut down some of the infrastructure, workplaces, and isolated people in their homes. OSHA professionals used different communication methods such as the radio and phones to relay safety measures as well as potential hazards. They reminded the community that hazards continue after floodwaters have receded and caution needs to be taken. OSHA professionals reached out to volunteers and workers specifically to remind them of the following hazards: exposed wiring, heat exposure, carbon monoxide, and hidden holes.

OSHA is the leading employer of occupational safety professionals. They work as investigators, analysts, and industry liaisons throughout the U.S., constantly updating standards and educating employers and employees. Their goal isn’t to make a profit through fines and hurt businesses with investigations – their only goal is to maintain worker safety and reduce hazards in the workplace. The administration is large, and comprised of passionate safety professionals who work tirelessly for safety within U.S. workplaces.

Learn More Learn to identify and analyze potential workplace hazards, infractions and risks through a bachelor of science in occupational safety online. At Eastern Kentucky University, you will gain a graduate-level education by industry-experienced educators and fire and safety professionals who are committed to teaching and preparing you for continued success.