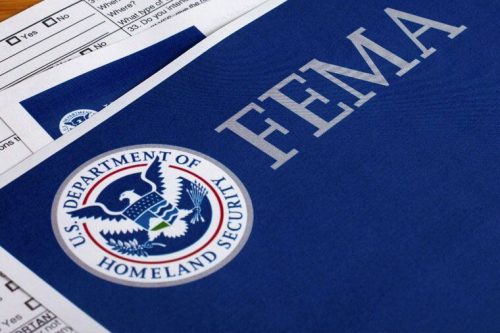 Even when prepared for the unexpected, hazardous disasters can create unforeseen emergencies that require additional outside help. In response to extreme emergency situations, the Federal Emergency Management Agency (FEMA) can offer grants to financially assist state, tribal and local governments with disaster mitigation and recovery.

According to FEMA’s official government site, their mission is “to support citizens and first responders to ensure that as a nation we work together to build, sustain, and improve our capability to prepare for, protect against, respond to, recover from and mitigate all hazards.” Through this mission, FEMA has consistently been assisting Americans who are affected by, or are in, emergency situations.

Before FEMA, emergency response was unorganized and handled on a situational basis by a variety of agencies. This system relied on creating new legislation to manage disasters as they appeared. By the late 1960s, this ad hoc approach had become too convoluted to be effective or efficient.

In 1979, president Jimmy Carter signed an executive order that integrated the various emergency response agencies into FEMA. The merger was a success, and FEMA began handling emergencies with speed and cohesion. FEMA would continue responding to disasters on a semi-independent level (partnering with state and local governments as well as other organizations) until 2002. After that year, FEMA was merged with 21 other government agencies to create the Department of Homeland Security (DHS).

A cabinet-level department, the DHS is another step toward improving American safety. FEMA has been restructured and organized to maintain its relevancy. The grants it provides are just one of many assistive services it offers to prepare, prevent, respond and recover from emergency situations. The following provides information on a few of FEMA’s grants.

Almost every grant program by FEMA is awarded to the state, local or tribal governments within the affected area. This guideline includes the FMAG, which is meant to assist in the prevention and extinguishing of fires on public and private territory. It is important to note that the grant is only given if the fire threatens to become a major disaster.

As soon as the fire breaches the potential risk of a major disaster, the state must send a budget to FEMA detailing eligible costs. These can include transportation, tools, repairs and equipment utilized to maintain and extinguish the fire. Once received, a decision is usually reached within a few hours and a grant may be given.

Another guideline involves the amount of the grant. The grant can cover up to 75 percent of the proposed budget in cost share relief, with the other 25 percent paid by the applicant. In this case, the fire also needs to be more expensive than a previously assigned threshold.

This grant becomes available only when there is a major disaster declared by the president. As soon as a declaration is made, the areas affected by the disaster, whatever type they are, offer a proposal to the state that explains the extent of their situation. The state then prioritizes the proposals — or may also offer a proposal designating the need of the entire state — and submits the information to FEMA.

The purpose of the HMGP is to reduce the risk and immediate damage brought by the disaster, as well as to assist in beginning longer-term repairs. FEMA decides which proposals are most appropriate to the grant’s purpose, and sends funds to the state, which distributes them accordingly.

One of the preemptive grants, the PDM is dedicated to reducing damage and preventing injury before a disaster occurs. The grant is awarded annually on a national basis. It can be competitive, as the funds can help strengthen a state or territory’s mitigation program.

One of the primary focuses of the PDM is to increase public awareness regarding the loss and danger that can accompany a major disaster. After applicants submit their proposals, FEMA reviews the submissions and releases funds to those best suited to the grant’s focus. In 2016, FEMA had $90,000,000 to distribute, but each applicant could only receive up to 15 percent of that figure in assistance.

The PA is similar to the Hazard Mitigation Grant Program (HMGP), with only a few differences. The PA, like the HMGP, is prompted by a major disaster declaration from the president. The difference with the PA lies with who may be helped. Unlike the HMGP’s restriction to state, local and tribal governments, the PA also allows financial assistance to go to applicants such as private nonprofits and individual projects meant to restore facilities and buildings. This is because the PA’s focus is on specifically assisting in debris removal, protective measures, and repair or replacement of structures.

Another difference with the PA is found in the assistance offered. Unlike most grants, there is no set limit as to what can be offered as long as the proposed budget is cost-efficient and approved by FEMA.

FEMA not only provides grants; it provides career opportunities. Helping others in times of crisis can be a fulfilling job. People who are passionate about helping others can certainly get involved. Positions such as a hazard mitigation officer are responsible for handling state grant proposals and reviewing what disaster areas could most use grant money. FEMA is dedicated to the safety of Americans. Individuals who feel the same passion for providing assistance that can change lives may find their calling in awarding grants for emergency situations.

Earning a master’s in emergency management from Eastern Kentucky University can help you increase your knowledge of the safety industry and demonstrate a continued commitment to learning and leadership. Whether you aspire to work at the governmental level or move into the private sector, our distinguished faculty of safety professionals deliver a comprehensive curriculum that can translate wherever safety matters most.