5 Ways Drones are Being Used for Disaster Relief 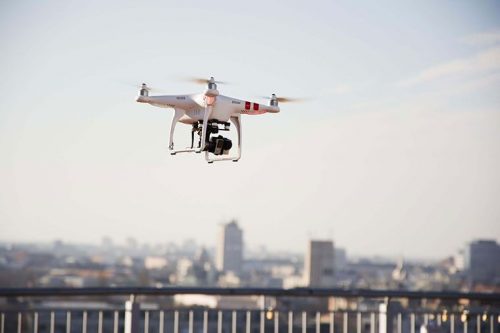 Drones have received mixed criticism because of their associations with invasion of privacy and with their armed deployment in war. There is another more positive use that provides safety, protection and relief from disasters. Natural and man-made disasters destroy environments, often making conditions so difficult that relief workers are unable to access areas and provide assistance. Drones have the ability to take on roles where relief workers and manned vehicles fall short.

Dangerous or nuclear chemicals can leak into the environment for various reasons. Some causes include factory or power plant malfunctions, spills during transportation or even terrorist attacks. In these and similar instances, measuring the damage and providing relief must be swift and effective. These events, known as CBRNE events (chemical, biological, radiological, nuclear or explosive) make for unsafe conditions, not only for the people exposed to the hazardous materials in nearby areas, but also for relief workers.

In March 2011, a powerful earthquake caused a tsunami to hit Japan, resulting in severe damage to the Fukushima Daiichi nuclear plant. The damage led to a full-scale evacuation because of the amount of dangerous nuclear material that was released. Drones were deployed in the air and on the ground at the first possible instance to assess the extent of the destruction. These unmanned vehicles were able to provide aid in monitoring for radiation exposure, repairing destroyed areas and rebuilding efforts — all while minimizing nuclear fallout exposure for relief workers.

The Need for Mapping

Areas that are prone to large-scale disasters such as earthquakes and flooding benefit greatly from visual imaging and 3D mapping. Manned aircraft are often too expensive to use, satellite mapping does not meet high-resolution needs, and both take too much time during emergency situations.

The use of drones to map disaster areas provides greater advantages in costs and in rapid response times when compared to traditional methods. Drones can be deployed quickly, generate high-resolution and 3D mapping, identify hotspot areas that have sustained the most damage and upload the data in real time to coordinate relief efforts.

In the aftermath of the 2015 Nepal earthquake, drones assisted in creating 3D maps and models through image processing software. These aided in assessing the widespread damage, operating search and evacuation missions, reconstructing buildings and preserving areas of the city.

Relief workers often find it difficult and dangerous to assess structural damage from natural disasters. They often encounter buildings that are on the verge of collapsing, potential explosions due to chemical leaks and places that are hard to access such as tunnels and bridges. After an F-5 tornado in Wichita, Kansas, drones were used to identify infrastructure that was critically damaged. Equipped with “sniffers” to detect high levels of methane, they were able to locate broken gas lines. Workers then shut down the lines and fixed the breaches before an explosion could occur.

Often after natural disasters or terrorist attacks, infrastructure supply lines are cut and disabled. When roads, bridges, communication cables and gas and water lines are compromised, the safety of residents in the area is also compromised. To mitigate suffering and further damage, rescue teams can utilize drones to support infrastructures, deliver supplies and establish communication.

In areas that are nearly impossible to reach, drones can deliver supplies such as water and food to those in need, eliminating the risks of placing human-operated aircraft in harm’s way. AWACS, or airborne warning and control systems, allow for temporary establishment of Wi-Fi and cellphone access to environments without power lines or functioning cell towers.

The U.S. Fire Administration found that in 2013, firefighters sustained 34 deaths and 29,760 injuries while combating volatile fires. Because aircraft must fly at low altitudes to fight wildfires, pilots and crews are put in serious danger and made to endure high temperatures, low visibility, dangerous winds and high stress.

Drones can eliminate the risks that pilots face and can increase the effectiveness of battling fires. Unmanned aircraft are able to fly in low visibility and can drop fire retardants more accurately and safely. Bigger drones can transport people and supplies, while large numbers of smaller drones can be deployed to provide greater situational awareness. Drones that are outfitted with communication systems have the added benefit of being able to sustain contact between the command center and firefighters on the ground.

For these reasons and beyond, drones are being used more often in emergency and disaster response situations. This forward-thinking unmanned technology has vast potential. It is already proving its ability to save lives and prevent damage in dire situations.