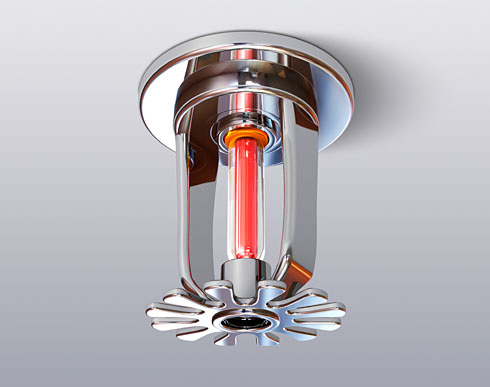 An In-Depth Glance at Fire Prevention

In 2013, residential fires were responsible for more than 2,700 deaths and $7 billion in damages across the United States. Half of fire deaths occurred in the late night and early morning hours between 7 a.m. and 11 p.m., as residents slept – even though only 20% of the total number of home fires took place during that timeframe.

Over half of all home fires begin in the living room or den. Fire departments around the United States typically respond to 3 million fire calls a year, but are also designated first responders in millions of other emergency calls. In the event of a fire emergency – the minority of calls the fire department answers – the fire can be widespread before respondents arrive.

While many fire departments strive for a response time of two minutes or less, it is not always possible to achieve this. Some fires are so severe that even the fastest response time cannot guarantee the safety of occupants confronted by a sudden fire emergency.

Fire Prevention Strategies for Everyone

Whether living in a single-family home or multi-family residence, it’s crucial for everyone to understand the basics of fire prevention and safety. Let’s look at some of the most important keys to reducing the risk from fires.

Not having a smoke alarm, or having one in which the battery has fully discharged, significantly increases your risk of being injured or killed in a fire. Perform a quick maintenance check on your alarm at least once a month – twice a month for battery-based alarms, since these have a much higher failure rate than hard-wired alarms. To maximize detection and response time for multiple types of fires, use a combination ionizing and photo-electric alarm.

In the event of a fire, you might have only a few seconds to decide whether or not to move toward a fire extinguisher or to escape the fire scene immediately. The safest residences include easy access to fire extinguishers not only in the kitchen, where they are most common, but also where fire statistics demonstrate the greatest need – in the living room and bedroom. Combination “ABC” fire extinguishers allow residents to respond to fires fed by wood, paper, cooking oil, and electrical sources.

Owners of single-family homes who have the opportunity to make top-level strategic choices about fire safety would be well-advised to consider multi-room fire suppression systems. Residential fire suppression systems are typically wired to alarms in each individual room and can spray water or fire retardant foam onto fires as soon as they are detected. Such systems may be costly to implement, but significantly enhance safety by making it unnecessary to confront fires.

Escape Planning – Remember to “Practice What You Preach!”

All members of a household should understand their most direct means of escape in the event of fire. Upon exiting a burning structure, it is important to have plans to meet up with others and ensure all household members are accounted for. Although about 75% of Americans have a plan for fire escape, most have never practiced it. A fire can significantly impede the ability to navigate a residence in as little as one minute, so plans should not include gathering personal belongings!

Common Sources of Fire and How to Manage Them

The majority of fires are traceable to a small set of common domestic situations. By being aware of the specific dangers of certain fire sources, residents can treat them with the respect that they deserve and significantly reduce the likelihood of a home fire.

Cooking was responsible for about 156,000 home fires annually between 2007 and 2011. Residents should be especially cautious of aging microwaves, the source of a disproportionate number of cooking fires. It is also important to wear appropriate clothing – if loose clothing ignites, a resident is far more likely to die in a cooking fire! If faced with a fire fed by cooking oil, exit the premises immediately unless your fire extinguisher is designated appropriately. Never attempt to control a spreading fire at the risk of your own safety.

Candles should never be left unattended for any reason: Fire departments around the United States face about 29 reports of candle-ignited home fires daily. Candles should be kept out of the bedroom and users should never allow themselves to fall asleep while a candle is burning. Candles in large, well-balanced glass jars, positioned away from flammable material on a fire-resistant surface in the kitchen, are much safer than those burned in bedrooms or living rooms.

About three quarters of smoking-related fires take place in the bedroom or living room. It is especially important to practice vigilance with cigarettes and cigars when one is fatigued or has been drinking alcohol. Smoking-related fire deaths are disproportionately likely to affect others in the environment who did not smoke the igniting cigarette. When finished with any smoking material, it is imperative to make sure all fire is completely snubbed out.

As more locations have switched from oil and gas-based heating to electrical heating, heating-related fires have declined in number. Failure to adequately clean and maintain chimneys is the precipitating factor in a majority of traditional heating fires. However, space heaters – including wood stoves and electrical models – are a significant fire risk. Most heating deaths are caused by placing space heaters too close to flammable materials such as bedding and clothing.

The majority of workplace fires begin in a cooking area, so conventional offices without food service facilities have reduced risk. However, the majority of fires outside this area – 12% — take place within an office. These fires cause nearly a quarter of fire-related property damage.

Although most office fires take place between 12 noon and 2 p.m., these fires do not do the most direct property damage. Fires that occurred between 7 p.m. and 7 a.m. actually account for the greatest share of workplace damage, more than two-thirds of the $112 million annual total.

The relatively high rate at which workplaces implement fire suppression systems is one reason why risk is reduced. However, all offices should have a rigorous schedule of routine maintenance aimed at controlling fire risk caused by faulty electrical, lighting, and HVAC systems.