Why Cyber Security is Vital for Homeland Security 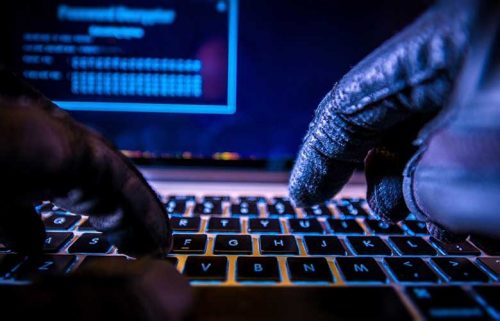 Every year the United States faces thousands of threats from foreign governments, terrorist organizations, and individuals bent on causing chaos. The Department of Homeland Security’s mission of protecting American interests and assets has become much more difficult in recent years. The interconnectivity of critical systems, large vulnerabilities in network security, and the sheer volume of information to be processed all highlight the evolving nature of threats DHS must address on a daily basis. DHS is adapting to the rise in cyber threats and utilizing the tools of big data to make the nation, and its infrastructure, more secure.

Keeping The Lights On

Critical infrastructure is a prime target for cyber attacks, both from hostile governments and cyber terrorist organizations. DHS identified 16 sectors of the economy and society that could be targeted by cyber attacks. A successful, large scale attack on any one of the 16 sectors could disrupt American life for months, leaving the United States vulnerable to traditional assaults in the process. The reason for the vulnerability is a system of outdated industrial control systems. These systems were installed with the infrastructure decades ago, when almost every system was entirely self-contained to its own network or facility. Over the last ten years, there has been an effort to digitize and automate important systems, which violated the system’s self-containment by tying it in to a larger computer network. Because the computer network is tied in to the internet, hackers can compromise the industrial control system and wreck havoc on everything from the power grid to transportation networks and more. Evidence suggests China and Russia have already made inroads into breaching America’s critical infrastructure, and DHS is working with private companies to enforce stricter security protocols. DHS admits that stopping such an attack may prove impossible, but they can prepare to mitigate the effects of an infrastructure attack by creating redundancies or backups to restore functionality as soon as possible.

Stemming The Loss Of Data

Sony, JP Morgan Chase, AshleyMadison.com, and Anthem have all experienced massive data breaches in the last five years, leading to the loss of millions of customer/client data. The latest studies show that these data leaks cost the average company more than $3.8 million, with the cost per stolen record increasing substantially across all sectors of the economy. Large corporations have the financial resources to recover from such a loss of data, but smaller businesses often go under as a result of a data loss. Data loss concerns DHS for many reasons.

The AshleyMadison.com leak also shed a light on a potentially devastating aspect of data leaks: the potential for blackmail. Members of the site received blackmail letters from hackers who threatened to take the information public, if the victim refused to pay. Blackmail of high level government officials or business executives through a data leak has the potential to cause serious issues for the nation moving forward. By shoring up cyber security procedures and building a better prevention system, DHS will be more equipped to assist companies in protecting against a data leak.

Not all of the news is dire for DHS. In the last 24 months, the introduction of big data analytics to the DHS provided new and important tools to protect American interests. Big data analysis uses new data processing techniques to break down extremely large data sets in an effort to find trends and patterns. DHS is using big data as a weapon to examine human behavior in terrorist organizations, allowing DHS to track and target high-value individuals. The extent of big data captured by DHS was revealed by Edward Snowden in his leak of classified documents from the National Security Agency. The documents showed DHS and other government agencies were collecting massive amounts of data concerning phone records, emails, and other digital activity. Though questions remain about how the data is collected and used, DHS has already shown the usefulness of the analytics. Airline screenings are where DHS is having the most success with its application of big data. Each day about two million people get on airplanes in the United States, and without trend analysis afforded by big data, only a fraction of the passengers could be screened. DHS uses a complex algorithm to look for high risk factors, create profiles of the most likely terrorists, and prioritize in-depth screening for those people who pose the greatest potential threat. The Department of Homeland Security is in the process of adapting to new threats presented by rogue governments and cyber terrorists. Through the use of all of the tools at their disposal, DHS will be better equipped to address pressing national security needs than ever before.