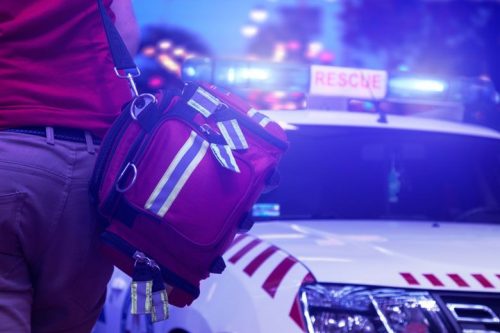 On January 13, 2018, a simple miscommunication resulted in an emergency worker in Hawaii believing that a nuclear missile attack was about to take place. The problem arose from an emergency alert drill that incorrectly included the words “This is not a drill” in a message sent to the emergency worker in question, according to Laurel Wamsley’s NPR article, “Worker Who Sent Hawaii False Alert Thought Missile Attack was Imminent.”

“The FCC public safety bureau attributed the false alert to a combination of human error and inadequate safeguards: There was no procedure in place to prevent a single person from mistakenly sending a missile alert to the state of Hawaii nor was there a procedure for recalling a false alert,” Wamsley writes.

“Since the debacle, the state emergency agency has implemented new safeguards. Two credentialed warning officers must validate every alert and test. Supervisors must receive advance notice of all drills. It has created a template for correcting false alerts.”

Those interested in a career in emergency management should understand that they are entering a field with no room for error. A simple mistake can snowball into widespread panic (not to mention unnecessary personnel and equipment expenditures). An online emergency management degree program can offer students the knowledge and skills necessary to excel in their chosen vocation.

An emergency management alert system needs to be wholly dependable and all-encompassing if it’s going to successfully warn people in an affected area of an impending threat. False alarms are tantamount to the boy who cried wolf. Enough false alarms will result in people ignoring the warning, much as we disregard car alarms that almost never warn of an actual theft attempt.

A blog post on MauiNow.com, a Hawaii-based website, itemizes the main elements of the READI Act in “Senate Passes Legislation to Improve Emergency Alerts.” According to the article, the READI Act will:

Using Technology to the Advantage of Emergency Management

Arguably one of the most important parts of emergency management is getting the word out quickly and efficiently to as many people as possible. Fortunately, if our modern world excels at anything, it’s reaching millions of people instantaneously via the internet and mobile devices.

With the READI Act, state and federal emergency management departments have the legal means necessary to initiate push notifications to all mobile devices instantly.

“At 2:18 p.m. ET on Wednesday, Oct. 3 (2018), FEMA sent out the first message testing the new nationwide presidential-level Wireless Emergency Alert,” Gina Martinez explains in her article, “225 Million Phones Just Received a Presidential Alert. No, It Was Not a Text from President Trump” in Time. “The alert went out to every smartphone in the United States that was turned on and within range of a cell tower and there was no opt-out.”

The Presidential Alert Test was a success. But this useful and potentially life-saving alert system is not the only technological improvement to emergency communication and preparedness available to the average American in 2019. Map apps with real-time traffic information, technical apps, and educational apps are available covering topics ranging from hurricane, tornado, and earthquake information to communication apps that work via Wi-Fi, phone-to-phone without an internet or mobile data connection.

Both the American Red Cross and FEMA provide useful emergency apps, Margaret Steen writes in “Emergency Management: There’s an App for That” on GovTech.com. The Red Cross apps are available on the organization’s website and include apps for finding shelters and instructions for performing first aid. FEMA’s app is available on the agency’s website.

Students in EKU’s online MSSSEM program with a concentration in Occupational Safety can learn how to respond to emergencies and implement warning systems to reach those living in an affected area.

The degree’s core courses — which include Safety, Security, and Emergency Management Administration, Issues in Security Management, and Legislation and Legal Compliance — can prepare graduates for a variety of occupational health and safety careers.

A Look at Public Emergency Services

Emergency Management: There’s an App for That – GovTech.com