10 US Labor Laws that Protect Employee and Workers’ Rights 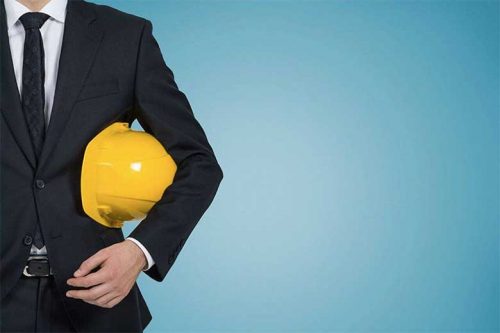 With about 150 million workers across the country and millions of different workplaces, the issue of safety and health is a primary concern of individuals who work in those environments. The U.S. Department of Labor is responsible for mandating that organizations comply with some 180 federal laws regarding the health and safety of employees. The Occupational Safety and Health Administration (OSHA) also enforces regulations pertaining to the working conditions of employees. Additionally, every state implements their own labor laws while also complying with federal laws.

Organizations, corporations and businesses that do not follow the mandatory regulations can be subject to penalties as well as lawsuits. For this reason, many companies hire professionals who are certified through OSHA and understand how to implement federal and state labor laws.

Individuals who are interested in promoting the health and safety of employees may consider earning a Master of Science in Safety, Security and Emergency Management.

What Are Labor Laws?

Labor laws serve as mediators between the government, organizations and employers, workers and unions. They establish the rights and responsibilities of employees in a variety of work settings and can mandate everything from workplace safety and health to workers’ compensation.

Organizations are responsible for staying up-to-date on any changes to existing labor laws and becoming knowledgeable about new laws. The following regulations have been established to protect and promote the safety and wellness of workers across the country.

The Norris-LaGuardia act was passed at a time when workers had essentially no rights to organize. Courts routinely issued injunctions against striking and picketing by workers. These injunctions could be issued merely on the basis of testimony by the employer. Uncooperative workers were fined and jailed without trial or due process.

The Act protected the workers’ right to strike. It strictly forbade courts from violating a worker’s right to strike, organize through a union, assist someone else involved in a labor dispute, peacefully picket and peaceably assemble. The Act rationalized that “the individual unorganized worker is commonly helpless to exercise actual liberty” under the conditions of the modern capitalist economy.

Passed in 1935, this labor law, more than any other, dictates the terms of labor relations in the private sector. The NLRA establishes certain rights for employees, including the right to self-organize; form or join labor organizations; bargain collectively; and engage in other activities of collective bargaining, mutual aid or protection.

The NLRA also establishes prohibitions on how employers are permitted to address these rights. It prohibits company-led unions, and rules as an unfair labor practice the discrimination against workers who are engaged in collective bargaining. If a workers’ rights are violated, the worker can file a charge with a regional National Labor Relations Board office within six months of the violation.

The result of a long fought struggle on the part of workers, the Fair Labor Standards Act of 1938 standardized the eight-hour day and prohibits child labor. Children under sixteen are barred from working. Additionally, the Act instituted a minimum wage.

The Taft-Hartley Act is a series of amendments to the NLRA. Passed in a more conservative post-war climate, the amendments were intended to forbid unfair labor practices by unions. Two important sections, widely considered anti-labor, are the “secondary boycott” provision and the “right to work” provision.

A “secondary boycott” is the boycotting of someone else’s employer. The provision in the Act outlaws this, meaning a union worker cannot picket another worker’s employer. The “right to work” provision allows state legislatures to outlaw “union shops,” meaning new employees must not be compelled to join the union within a certain time period.

Also known as the Landrum-Griffin Act, this labor law was passed in response to corruption and racketeering in labor unions. It guarantees an equal right for every union member to nominate and vote for union leadership, attend meetings and take part in discussions. It also protects union members from being disciplined for suing a union. In addition, the Act more rigorously regulates elections in unions.

According to Title VII of the Civil Rights Act, no employer may “refuse to hire or to discharge any individual, or otherwise to discriminate against any individual with respect to his [or her] compensation, terms, condition, or privileges of employment, because of such individual’s race, color, religion, sex, or national origin.”

The Occupational Safety and Health Act (OSH Act) covers private sector businesses who have two or more employees. It requires employers to keep the workplace free from hazardous conditions. The Act creates and defines three rights for employees: a “right to know” information about the dangers involved in their job, a right to file OSHA complaints to control workplace hazards, and a right to not be punished for exercising rights protected by OSHA.

The Family and Medical Leave Act (FMLA) lets eligible employees take unpaid leave for specific family and medical reasons without the danger of losing their jobs or health insurance. Employees are allowed twelve workweeks of leave after the birth of a child, to care for a spouse or child with a serious health condition, or in the event a serious health condition prevents the employee from adequately performing their job.

In 2013, the Department of Labor’s Office of Federal Compliance Programs issued Section 503 of the Rehabilitation Act as well as the Vietnam Era Veteran’s Readjustment Assistance Act. These labor laws seek to protect veterans and individuals who may have disabilities. Employers can ask job applicants to voluntarily identify as a veteran or as a person with a disability during the application process or after they have been offered the job.

For those who wish to build their knowledge of labor laws and the safety industry, an excellent choice is to explore the online Master of Science in Safety, Security and Emergency Management with a concentration in Occupational Safety from Eastern Kentucky University.

Program courses can help you demonstrate a continued commitment to learning and leadership. Whether you aspire to work at the governmental level or in the private sector, our distinguished faculty of safety professionals delivers a comprehensive curriculum that can springboard your journey to a rewarding career.