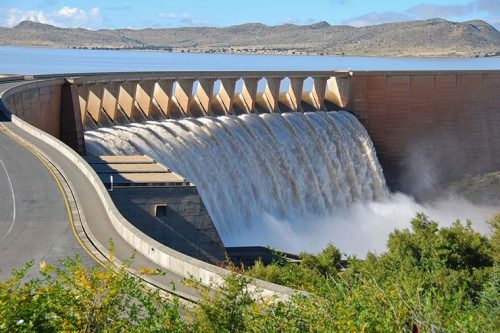 The United States is suffering the consequences of underground water pipes that are nearing the end, or are well past their estimated life span. According to American Water Works, 44 percent of America’s water infrastructure is considered poor. There are roughly 240,000 water main breaks every year as estimated by the American Society of Civil Engineers. These failing conditions have resulted in shortages of clean water that affect the health and safety of people in hundreds of cities across the country.

In 2014, the city of Flint, Michigan, began using the Flint River as a source for drinking water while a new pipeline to Lake Huron was being constructed. Two problems arose with the river’s drinking water, causing unwelcomed health effects in the population. First, the water of the Flint River was found to be contaminated by industrial waste and sewage spills. Second, lead pipes, which contained dangerous neurotoxins, became corroded and leaked into the water, bringing toxins into the homes of families. In the 19th century, lead pipes were widely used because they were more malleable and lasted longer than concrete or iron.

There are many health problems associated with exposure to lead, which include behavioral and learning disorders in children; reduced fetal growth in pregnant women; and kidney, heart and nerve problems in adults. It wasn’t until 1986, with The Clean Water Act, that the negative effects of lead poisoning were addressed and safe blood levels for lead were established.

The Clean Water Drinking Act reflects the U.S. government’s attempt to provide a standard to control the seepage of lead from water pipes. The Act calls for replacing lead pipes with nontoxic materials such as PVC, though this method can be costly and time consuming. Another important aspect of preventing health risks from failing water pipes involves close monitoring. In 1991, The Lead and Copper Rule was established. It states the importance of monitoring ‘high-risk residences,’ and taking more extensive measures if lead in the water of 10 percent of homes in a given area exceeds 5 parts per billion.

In the early 2000s, there was a crisis in Washington D.C. similar to the one that would happen in Flint in 2014. The District of Columbia Sewer Authority (WASA) found that the lead content of two-thirds of the area’s sampled water far exceeded the levels deemed acceptable by the Environmental Protection Agency (EPA).

As a less expensive and faster alternative to replacing lead pipes with safer pipes, some cities use chemicals such as chloramines, which are known as anti-leaching agents. This method has proven effective in reducing lead levels in the water supply and it is exactly what officials in Washington D.C. were doing. When the District abandoned the use of anti-leaching agents however, the lead rose to unsafe, toxic levels. At the time, officials were unable to make the connection between lead levels in human blood and lead in water levels — a connection that would be made much more quickly in Flint, Michigan. When cities and utilities stop using anti-leaching agents in their water system, it is paramount that monitoring of the system remain constant and consistent.

It is critical that federal and state governments invest in replacing the current water piping infrastructure. The EPA estimates that this would cost $384 billion nationwide. One solution to the funding challenge can be found in an EPA program that provides $500,000 to communities that are in dire need of updating their decaying and brittle water systems. Buchanan County, Virginia, is such a community. It received funding through the Water Community Assistance for Resiliency and Excellence Program, known as WaterCARE. The program allots money to local governments that meet certain criteria. The community must have a population of less than 100,000 people with below-average household incomes, and the community must have established public heath problems that need to be addressed.

As a response to similar problems as those faced in Flint, Michigan, officials in Wichita, Kansas, undertook a decade-long project to replace 1,500 lead water pipes with plastic or copper pipes. The city focused on replacing between 150 to 200 pipes per year, which cost roughly $1,200 per pipe. Although replacing lead pipes is extremely costly, it is the surest way of avoiding contamination of a city’s water supply and suffering the associated human health risks.

It is an unfortunate truth: the majority of America’s underground lead water pipes are at the end of their useful life. To help prevent the health effects of those experienced in Flint, Michigan, and Washington, D.C. — just two instances of many around the country — government officials must diligently monitor their water supplies and be proactive in taking measures to fix or replace aging pipes and infrastructures.

Our Nation’s Growing Water Crisis: What You Need to Know

Most Common Causes of Residential Fires