The Importance of Having an Evacuation Plan 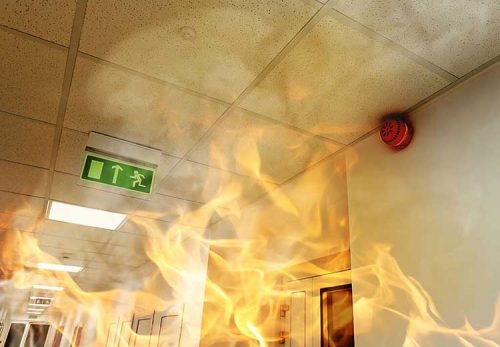 The first decision during a workplace emergency is whether the staff should stay inside or evacuate the building. Most companies focus heavily on crises that involve staying inside, such as earthquake or tornado drills, or what to do when an armed person threatens violence, but where the plans come up short is planning for emergencies that require an evacuation.

Dangers inside the building, from fire to a toxic chemical spill, necessitate an immediate evacuation. The only way to ensure that cool heads prevail in a crisis, and that employees arrive safely outside the building is to have a clearly defined and well practiced evacuation plan in place. Either approach to evacuations plans should result in a head count and check of all personnel after implementation.

Evacuation plans are important for a number of reasons.

OSHA requires that all employers keep an Emergency Action Plan on file, and the plan must include detailed procedures for evacuation. Any company with more than ten employees needs a written copy of the evacuation plan posted where it is visible to the staff in an emergency situation. Changes to the layout of the building, the introduction of new hazards, or significant changes in personnel will necessitate writing a new plan.

Create A Clear Chain Of Command

In the confusion of a workplace emergency, most people want to run and get out of the building as quickly as possible; however, doing so increases the risk of injury and property damage. The staff needs a calm, level-headed set of leaders who can coordinate essential tasks and oversee an orderly evacuation. In general, companies need four roles covered:

In small offices, a person can hold more than one position, but all four are still necessary.

Evacuation plans let employees know exactly where to go after leaving the building. Rather than separating to different sides of the building, or drifting to their vehicles, the plan lets the staff know where they are expected to be, and when they are expected to be there after the evacuation begins. Staying together after an evacuation is important, because it enables the head counters to get an accurate account of everyone who should have left the building, and helps the head counters pass along information to emergency personnel about how many people are left in the building, and where those people might be.

A dusty evacuation plan, developed years ago and never used, is useless to employees; the staff needs frequent reminders and drills to help move the evacuation plan into long-term memory. A written plan is easy to practice, because everyone knows their roles, and how they are expected to respond to an emergency. A free-form evacuation only invites chaos and disorder as employees begin to panic.

In most cases, employees panic because they are unsure about what to do in an emergency evacuation. Once panic sets in, they lose the ability to focus, and soon they begin to behave irrationally or dangerously. An evacuation plan establishes a clear set of guidelines about what employees need to do, and gives them a checklist for each step. The progression of steps calms nerves, while keeping employees focused on the task at hand: getting to safety.

Employees are not the only ones who need to evacuate during a crisis. Vendors, clients, and other visitors need assistance to make it out of the building safely. A written evacuation plan, with signs marking evacuation routes and safety coordinators to communicate the plan to visitors, decreases the risks visitors face in an emergency, even if they are unfamiliar with the building.

Hallways and unused spaces become dumping grounds for odds and ends. Over time, those little piles of junk turn into large piles that block exit routes that are necessary during an evacuation of the building. An evacuation plan forces employees to walk along their route of escape in a calm, and measured manner. As they move along the path, they can take note of blockages on the route that limit mobility, dead light bulbs that need to be replaced to lit emergency stairwells, or missing first aid kits at important junctures in the escape route.

Cool heads and clear plans are often the difference between life and death in an emergency that requires an evacuation. Employers who take the time to thoroughly develop an evacuation plan provide their employees with a safer workplace, and may even save lives.