The Tragic Effects of Man Made Disasters 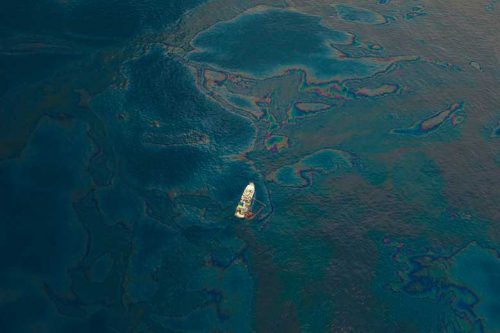 Disasters are unfortunate events that almost always end in the loss of life and destruction of property. They happen randomly and suddenly, and have been occurring since before recorded time — well at least natural disasters like earthquakes, floods, landslides, hurricanes and tornadoes. It was only a couple of hundred years ago with the invention of industry that people brought about unnatural man-made disasters.
Natural disasters are dictated by natural forces that people have little to no influence over. These are the disasters people learn to prepare for and survive because very little can be done to prevent them. Man-made disasters are difficult to predict, however they are preventable. With a little vigilance, they shouldn’t occur in the first place. Events such as gas leaks, oil spills, nuclear meltdowns, and industrial fires transpire through human error and carry grave consequences.
Although the world has seen many natural disasters over time, man-made disasters continue to grow, with equally tragic results.

Gas leaks tend to be some of the most dangerous disasters, because they seem innocuous until it’s too late. Gas can directly and indirectly poison people and the environment — spreading rapidly, being unobserved, potentially igniting, causing death. Unfortunately, gas leaks are preventable man-made disasters that stem from the world’s expanding reliance on gas. These disasters have resulted in an egregious amount of deaths.
The most serious gas leak occurred in Bhopal, India in 1984. Known as the Bhopal Gas Tragedy, it began with the leakage of methyl isocyanide (MIC), a colorless gas used in pesticides, from the Union Carbide of India Ltd. The gas formed a deadly cloud causing severe body irritation, coughing, lung swelling, bleeding, and even death from direct concentrated inhalation. It killed roughly 5,000 people, affected 50,000 more people, and left at least 1,000 blind.
Another gas leak occurred recently in 2015, at the Aliso Canyon Facility near Los Angeles. Claimed as the largest single gas leak, the facility released 5 billion cubic feet of methane into the atmosphere over a 112-day period. While there were no immediate deaths from this unusual leak, it released a concerning amount of methane, equivalent to a year’s worth of heat-trapping emissions from 600,000 cars.

Oil spills are some of the most familiar man-made disasters, devastating to people, the environment, animals and global socioeconomics.
2010 saw the worst and largest oil spill: the Deepwater Horizon Oil Spill in the Gulf of Mexico. A sudden explosion on a BP oilrig not only ruptured a pipe, but left the well unregulated. The explosion killed 11 workers and injured 17 others. The underwater well leaked 40,000 to 162,000 barrels of oil a day into the Gulf until it was capped a full 89 days later. A disaster of this proportion makes it difficult to measure the amount of environmental damage, but it can be assumed to be quite extensive. Gulf fishing has not rebounded, large amounts of oil are still present, the surrounding environments have been choked to death, and at least 3,500 volunteers suffered liver and kidney damage from prolonged contact with the oil.
Besides the Deepwater spill, there have been 44 other oil spills globally since 1969.

While nuclear energy is clean and sustainable, the consequences of a meltdown can be devastating and wide reaching.
One of the most famous nuclear meltdowns occurred in Chernobyl, Ukraine in 1986. One of the reactors in the power plant exploded, resulting in more fallout than the Hiroshima and Nagasaki atomic bombs combined. While 350,000 people were evacuated from the surrounding area, nearly 500,000 workers labored to end the meltdown, 31 of which died during the attempt.
The true devastation is attributed to the radiation exposure, which has killed an estimated 4,000 people and deformed countless others.
America had its own meltdown in 1979 known as the 3 Mile Island Nuclear Explosion. The plant experienced a partial meltdown, but only a small amount of radiation was released. This was due to the successes of a working containment system, resulting in no immediate consequences. However, over time there were deaths and birth defects in livestock from the area.

Fires may be natural or man-made, depending on what originally caused the disaster. Lightning may cause a natural fire, but leaked gas or faulty mechanical equipment is considered a man-made cause.
For example, in 1944 leaked gas from a Cleveland gas company found its way into a sewer, where it ignited. The explosion blew manholes into the air and ignited funnels of fire, which set homes on fire. The disaster ended with 130 dead and many more homeless.
In 1991, a food chicken processing plant in North Carolina saw 25 deaths due to a fire caused by a faulty hydraulic piece. This fire was particularly eye-opening as the workers would have survived were it not for fire doors that were locked. The plant had operated for 11 years without submitting to a safety inspection.
It is difficult to blame a natural disaster on anyone because it is an ‘act of God,’ but shoddy safety and prevention measures are no excuse for the loss of life in man-made disasters. Safety is maintained through equipment management, operational planning, diligent preparation and detailed prevention. Unfortunately, man-made disasters have many more causes now than ever before. Fortunately, there are people who commit their lives and careers to help others when disasters occur, man-made and natural alike.