5 Threats to National Security and How Government Protects its Citizens 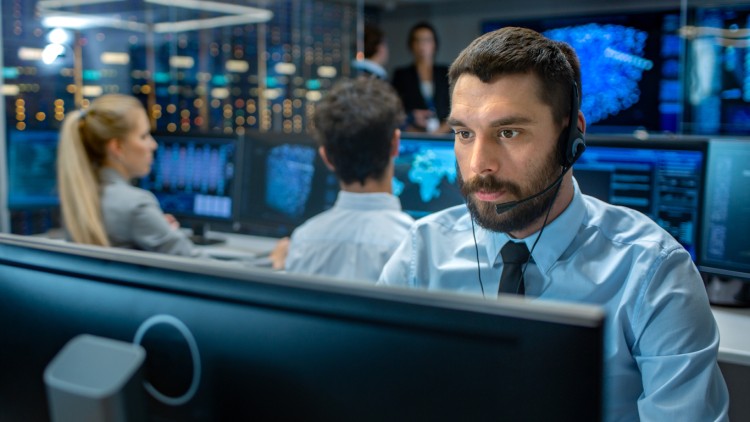 Every nation faces threats. These threats can be social, such as aggression from a neighboring country, infiltration from a terrorist group or global economic trends that compromise the nation’s welfare. In other cases, threats can be natural, such as hurricanes or viral pandemics. Any threat challenges a nation’s power and disrupts its well-being.

The field of national security safeguards against such threats. National security protects not only citizens but also the economic stability of national institutions. In the U.S., national defense has been a guiding principle of the government at least since 1947, when then-President Harry S. Truman signed into law the National Security Act. Among other things, this legislation created the secretary of defense cabinet position, under whose leadership all branches of the military operated.

One of the core responsibilities of national security is identifying potential dangers and readying the right response. This article will highlight five of the most consequential national security threats and provide insight into how governments respond to them.

What Is a National Security Threat?

Some national security threats come from foreign governments with hostile intentions. These threats may include direct acts of war and aggression. but they can also be subtler and harder to detect. Examples include espionage and election interference.

Countries also face threats from groups who don’t formally represent a foreign government but may be sponsored or tolerated by foreign powers. Terrorist groups may seek to cause chaos and disruption through physical violence or, in some cases, cybercrime.

An enemy state doesn’t have to take direct aggressive action for it to register as a potential threat to national security. The idea of proliferation, specifically with regard to advanced weaponry, may also be taken into account. If a hostile state is known to be stockpiling chemical weapons, developing nuclear capabilities or otherwise escalating its capacity for destruction, it qualifies as a national security threat, even without using those weapons in a direct attack.

Online criminals pose a danger to national security, including those not associated with hostile governments or terrorist groups. Cybercriminals may hack economic institutions, government websites or power infrastructures as a way of stealing or extorting money. They may also commit cybercrimes to advance an ideological agenda.

Not all threats to national security involve the malignant influence of bad actors. Hurricanes, earthquakes and other natural disasters can pose serious damage to a nation’s people and physical infrastructure. Pandemics like COVID-19 weaken health care systems and economies.

For a recent example of a national security threat, look no further than the COVID-19 pandemic. While pandemics can unfold on a global scale, different countries face them in different ways, often to varying levels of success.

This still-unfolding global health crisis demonstrates how widespread disease endangers not only the physical wellness of citizens but also socioeconomic structures. Meanwhile, global responses to COVID-19 have highlighted how governments can protect against such crises.

The COVID-19 pandemic has impacted almost every country in the world. In addition to causing alarming and tragic death tolls, the virus has shown the widespread social and economic havoc that a pandemic can yield.

COVID-19 is a reminder that the threat of a global pandemic is ever-present. It’s a call for national governments to be prepared. Governments have a number of ways to safeguard their citizenry from diseases and viral threats.

By connecting research laboratories, governments can create an infrastructure for easy, collaborative work toward vaccines and other treatments.

Government communication can also play an important role; for example, through clear communication about the importance of hand-washing, social distancing and mask-wearing, governments can educate citizens on how to keep themselves safe.

Governments may also offer intervention in the economy, whether through widespread payments to citizens or with a more targeted stimulus to industries hit hardest by shutdowns.

Emergency management systems may be put into place, ensuring that governments have all the right tools to decisively communicate with citizens in the event of an emergency.

Some diseases occur naturally and not through any act of malignancy or hostility. However, history also provides many examples of biological weapons being harnessed to cause widespread terror. Biological warfare poses a significant threat to national security, yet governments can put into place important safeguards to minimize this risk.

Botulinum toxin, classified by scientists as a neurotoxic protein, has a number of commercial uses, both in food processing and in the manufacturing of cosmetic products. However, when weaponized and deployed, it can cause significant health effects, including the disease botulism.

The use of botulinum toxin as a weapon originated in World War II. Since then, it’s been widely classified as a potential agent of biological warfare. In the 1990s, a Japanese cult, Aum Shinrikyo, deployed this toxin on the streets of Tokyo, causing panic but thankfully resulting in no fatalities.

Another potential agent of biological warfare is anthrax. Anthrax is a highly infectious, potentially lethal disease that’s caused by the bacterium Bacillus anthracis. This naturally occurring bacterium has been around for centuries, but was first harnessed and weaponized in World War I. During World War II, the U.S., Great Britain and Japan all experimented with anthrax as a weapon.

In the modern era, anthrax is a common agent of biological warfare. This is because the bacteria is easily found in nature or synthesized in a laboratory and because it can be released quickly and securely.

The U.S. Centers for Disease Control and Prevention notes that anthrax has been weaponized in the past. “In 2001, powdered anthrax spores were deliberately put into letters that were mailed through the U.S. postal system,” the agency reports. “Twenty-two people, including 12 mail handlers, got anthrax, and five of these 22 people died.”

These are just two bioterror threats nations face. Crucially, governments can prepare for such attacks with approaches like the following:

Cyberterrorism provides another national security threat. The Center for Strategic and International Studies, a global think tank, reports dozens of incidents of cyberterrorism in 2020 alone. In India, a group of human rights activists was targeted by terrorists who infected their computers with malware. Suspected North Korean hackers compromised two prominent European defense firms, sending them fake job offers as a way to infiltrate their systems and retrieve classified information. These are just two of the countless examples of criminals using hacking and other nefarious digital schemes to cause disruption and chaos.

Cyberterrorist activity poses a threat to national security for a number of reasons:

Cyberthreats are alarming because they can be deployed remotely, anonymously and cheaply.

Governments may take multiple precautions against cyberterrorist activity. In the U.S., for example, the Department of Defense monitors U.S. interests in cyberspace and maintains a list of those who’ve been assessed as potential threats. Former President Barack Obama signed an executive order allowing U.S officials to impose sanctions on those suspected of participation in cyberterrorism against the country.

Additionally, governments may provide guidance to businesses and local municipalities, equipping them with best practices for enforcing strong encryption and cybersecurity measures.

Climate change may also be considered a national security threat as its long-term effects may bring disastrous ecological consequences. However, because this is a threat that all nations face, and because much of the work done to fight climate change is done through international coalitions, climate change is more often regarded as a global security issue.

Climate change adversely impacts national economies in many ways. Some examples include the following:

Specific Threats to the United States

Climate change is a threat facing the entire world; at the same time, some of its implications have a unique impact on the U.S.

For example, a Pentagon report noted that climate change threatens the stability of a number of mission-critical U.S. military bases. The report focused on 79 military installations across the globe and found that 53 of them currently face peril due to flooding; 43, due to drought; and 36, due to wildfires.

An important additional national security threat is a transnational crime. The FBI defines transnational crime groups as groups that seek their own power, influence, or financial gains through illegal activity, regardless of physical geography.

Transnational crime groups work across geographic boundaries and violate the laws of multiple nations; because of this, they pose a threat to many countries at the same time. Stopping this activity may require separate national security agencies to work together — a challenging task given questions of jurisdiction as well as friction points between nations.

Transnational crime may take a number of forms, including the following:

Specifically, the FBI uses laws such as the Racketeer Influenced and Corrupt Organizations (RICO) Act, which provides them with legal avenues to disrupt and dismantle entire criminal enterprises, rather than targeting individual criminal actors one at a time.

According to the FBI, the agency uses “a multifaceted approach” to locate transnational crime groups and to disable their infrastructures for criminal activity.

Keeping the Country and Its People Safe

Wide-ranging threats imperil every nation. It’s vital for governments to put national security and emergency response efforts in place, allowing them to identify and thwart any natural or human-made disruptions to peace, safety and stability.

If you’re passionate about these goals, and if you want to pursue a career keeping nations safe, you can begin by finding out more about opportunities to prepare yourself. Enrollment in an academic program devoted to national security and emergency response can help you develop the skills required for success in this field. Learn more about Eastern Kentucky University’s Master of Science in Safety, Security and Emergency Management.

Trends to Watch in Emergency Management in 2020

Preparing for an OSHA Inspection

Importance of Teamwork in Security

Learn More About Our Online Emergency Management Degrees
Get More Info
X
X
Get Program Details
This will only take a moment.