What is the Firefighter’s Rule, and Why Should I Care? 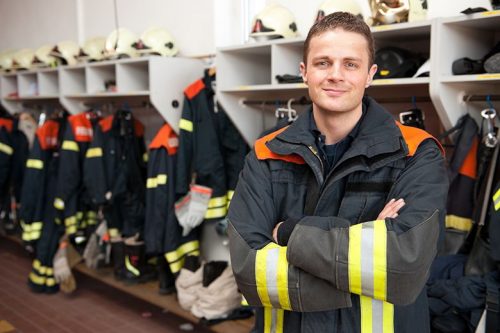 A common rule limits when firefighters and many other emergency responders can sue for damages for incidents that happen in the line of duty.

“The ‘fireman’s rule’ is an old common law doctrine that ‘bars injured public-safety responders from maintaining a negligence action against a tortfeasor whose alleged malfeasance is responsible for bringing the officer to the scene of a fire, crime, or other emergency where the officer is injured,’” John R. Clark, JD, MBA, NRP, FP-C, CCP-C, CFC, CMTE, wrote in an article for Air Medical Journal.

As the name implies, the rule originally applied to firefighters, but has often been expanded to cover police officers, paramedics, and other first responders. Sometimes, it’s called the police officers’ rule, rescue rule, or rescue doctrine. Many states still call it the fireman’s rule.

“The fireman’s rule affords that rescue personnel have the status of a licensee while upon land and performing a rescue. The rescuer cannot bring an action against the person in possession and control of the land for the breach of a duty owed to an invitee and therefore operates as a qualified immunity for the persons in possession and control of the land,” Clark wrote.

The rule has a long history, and still has meaning to today’s first responders and safety specialists.

What is the Firefighter’s Rule?

The firefighters’ rule assumes that firefighters and other first responders undertake certain risks as part of their jobs.

“The origin of the Fireman’s Rule goes back to common law principles associated with assumption of risk and last clear chance doctrines. Under the assumption of risk doctrine, an injured party who understands the dangers and risks associated with a given activity, and freely and voluntarily chooses to engage in it, is prohibited from suing for injuries that result,” Curt Varone, a firefighter with more than 40 years of service and a practicing attorney, wrote in Firehouse Magazine.

For example, a firefighter will likely encounter flames and heat, so suffering burns while on the job is a risk that comes with daily firefighting activities. Another example is if a firefighter slips on ice on someone’s steps at a fire scene and injures a knee.

“The important trigger for invoking the fireman’s rule is the nature of the danger encountered. Even in situations that involve significant dangers, the fireman’s rule will apply if the risks are ones that are normally associated with a firefighter’s job and should be anticipated,” Clark wrote.

US Legal defines the rule by saying it precludes firefighters from suing people whose negligence caused or contributed to a fire that caused an injury or death and continues on to say, “The principal reason for the firefighter’s rule is assumption of the risk, namely, that one who has knowingly and voluntarily confronted a hazard cannot recover for injuries sustained thereby.”

I-lawsuit explains the three main justifications for the rule: premises liability, matter of public policy, and assumption of risk.

There are three types of visitors to a property:

“Under these three definitions, firefighters and other emergency personnel fall under the category of a licensee. Thus, the property owner is only liable for willful or intentional injuries,” i-lawsuit explains.

According to Air Medical Journal, the firefighter’s rule does not apply in cases of:

In an article on his firm’s website, attorney John Hadden wrote that the firefighter’s rule might not apply if the property owner created a “mantrap,” a dangerous condition created intentionally to harm trespassers or other visitors to a property.

Varone, in his article, said the rule also exists to encourage citizens to call for help if they need it, without the fear of a lawsuit.

“Allowing suits would place too heavy a burden on property owners to maintain their premises in a prepared and safe condition at all times in the unlikely event that emergency personnel suddenly show up,” he wrote. “Citizens may be discouraged from calling for help if they think they may be subject to liability, resulting in delayed responses and an increase in civilian casualties and property damage.”

This justification uses the rationale that firefighters and other emergency personnel are public employees and are therefore paid for and supported through taxes and other means, not individual lawsuits, i-lawsuit said.

For this reason, the general public serves as an insurer to emergency responders, spreading the cost of any injuries to the entire community and not just entities that have an emergency or fire.

Also, taxpayers pay for workers’ compensation, sick leave, and disability programs for these types of workers, spreading out the risk, i-lawsuit explains.

The inherent risk and danger associated with firefighting and other emergency response jobs is the main justification for the firefighter’s rule, many sources say.

“Safety officers are employed, specially trained, and paid to confront dangerous situations for the protection of society. They enter their professions with the certain knowledge that their personal safety is at risk while on duty. Property owners and occupiers cannot reasonably predict visits by safety officers or control their activities while on the premises,” Clark wrote.

Eastern Kentucky University’s online bachelor’s degree in occupational health and safety program is designed to show students how to identify safety risks and potential areas of improvement in public safety, construction, and manufacturing operations. This degree can help prepare graduates for a position as a safety coordinator or many other occupational health and safety careers.

What Can I Do With A BSOS Degree?

What is the Fireman’s Rule: i-lawsuit

The Fireman’s Rule – A Limitation On The Right Of Police Officers, Fireman, And Other Public Safety Officials To Recover For Their Injuries Against An At-Fault Party: The Hadden Law Firm