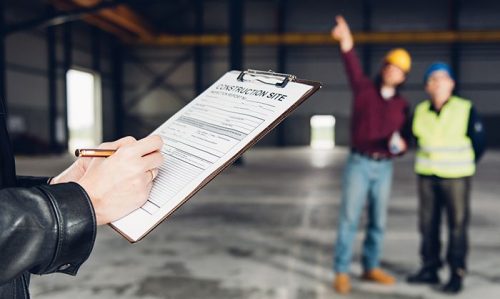 When the Occupational Safety and Health Administration (OSHA) levies fines on companies for unsafe practices, the federal agency expects to be paid. The agency’s position on payment was never more evident than in July 2019, when a New Jersey company and its owner were found in contempt of court for failing to pay more than $400,000 in OSHA fines.

OSHA has jurisdiction over more than 7 million worksites, both public and private. Typically, inspections are unannounced and targeted on employers with high injury rates. In 2019, lawmakers increased OSHA fines across the board, giving impetus to occupational health and safety managers to work more diligently than ever. Unpaid OSHA fines can be devastating for a company, particularly if company leaders choose to ignore them.

“Given that OSHA rarely conducts an inspection that doesn’t result in at least one violation cited, employers must be prepared should a compliance officer knock at the door,” Occupational Health & Safety magazine said in “OSHA Inspections: Are You Prepared?”

“An inspector’s primary task during an inspection is very simple: to find non-compliance issues. If they don’t find any, they won’t issue a citation. However, if they do find violations, the officer may choose to expand the scope of the inspection, so it’s paramount you proactively identify the requirements that apply to your workplace.”

Across the nation, 22 states have their own OSHA programs that cover public and private employees, which means they can set their standards and fines. Another six states have plans that only cover public employees. Federal OSHA requirements cover the remaining states.

An OSHA inspection can begin as a result of an employee injury or death or an anonymous complaint. OSHA also makes unannounced visits.

An inspector’s primary goal is uncovering OSHA health and safety regulation compliance inconsistencies. During a workplace inspection, OSHA examiners review the company’s safety protocols and procedures, walk around areas covered by the inspection and meet with company representatives. An OSHA inspector can issue citations or fines within six months.

An OSHA citation lists the violations, proposed penalties, and a corrections deadline. Violations fall into these categories:

In 2019, OSHA increased the violation fines to adjust for inflation:

While the states that maintain OSHA agencies can set fines, states must adopt financial penalties that are at least as stringent as the federal ones.

When businesses don’t pay the fines, the consequences can be financially devastating. In the case of the unpaid OSHA fined to the New Jersey-based construction company Altor, the U.S. Court of Appeals determined the company’s president and executives have a personal financial stake in worker safety. The company failed to pay fines and fees related to violations of fall-protection standards in 2011. Company president Vasilios Saites was found in contempt of court in August 2019 and ordered to pay $412,000 in fines.

OSHA typically makes payment arrangements with companies found in violation of safety standards and will sometimes negotiate down a settlement agreement. If the fines are not paid, the violators will be held accountable, U.S. Solicitor of Labor Kate S. O’Scannlain said.

“The U.S. Department of Labor will use all appropriate and available legal tools to ensure that employers are held accountable for their obligations under the Occupational Safety and Health Act to help ensure that workplaces are safe and employers who violate the law do not gain an unfair economic advantage over law-abiding competitors,” O’Scannlain said in a press release.

While unpaid OSHA fines can lead to complicated situations, the key to avoiding them is understanding rules and regulations as they pertain to OSHA standards. At Eastern Kentucky University, students seeking a bachelor degree in occupational health and safety learn essential skills to identify and correct risks. The university’s online bachelor of science in occupational safety program prepares graduates to be leaders in the field of safety.

Students enrolled in the EKU online Bachelor of Science in Occupational Safety degree program learn advanced-level occupational safety skills that prepare them for careers in the public and private sector.

New Jersey Company and Its President Found in Contempt of Court After Failing to Pay $412,000 in Penalties for OSHA Violations: OSHA